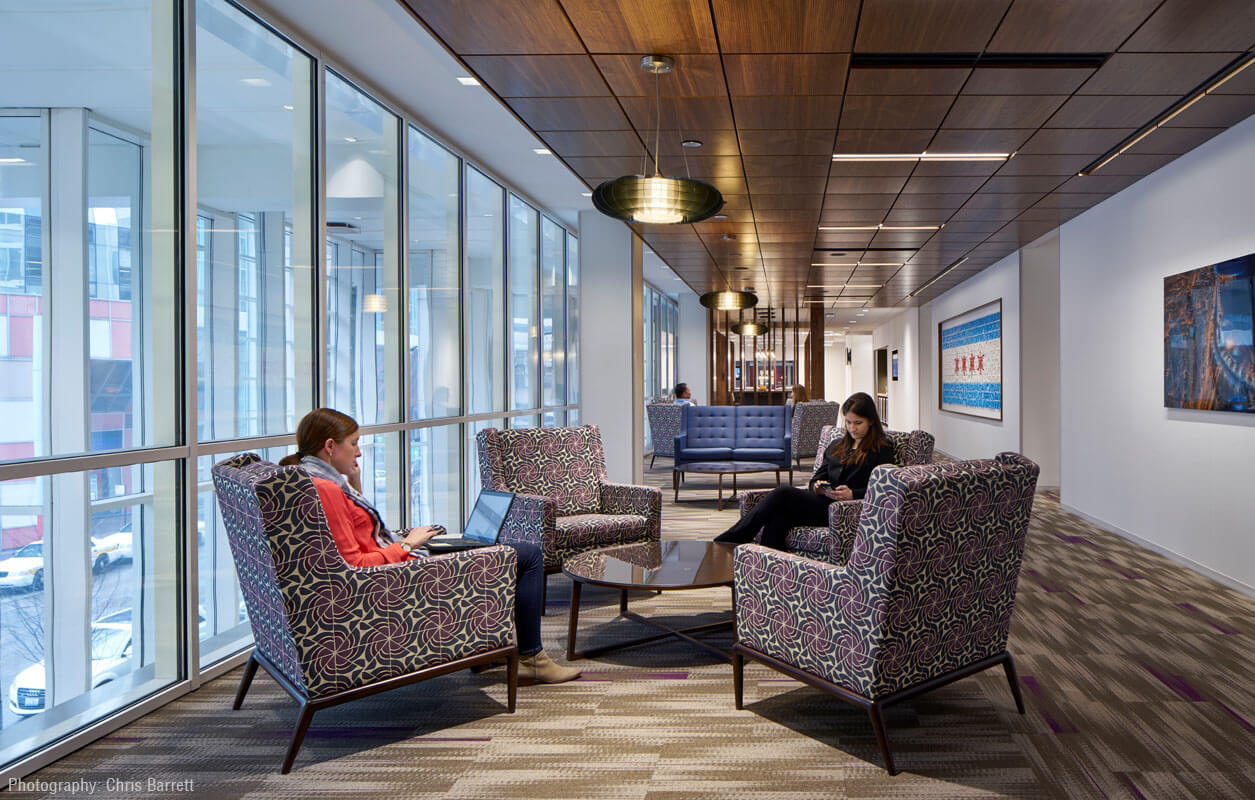 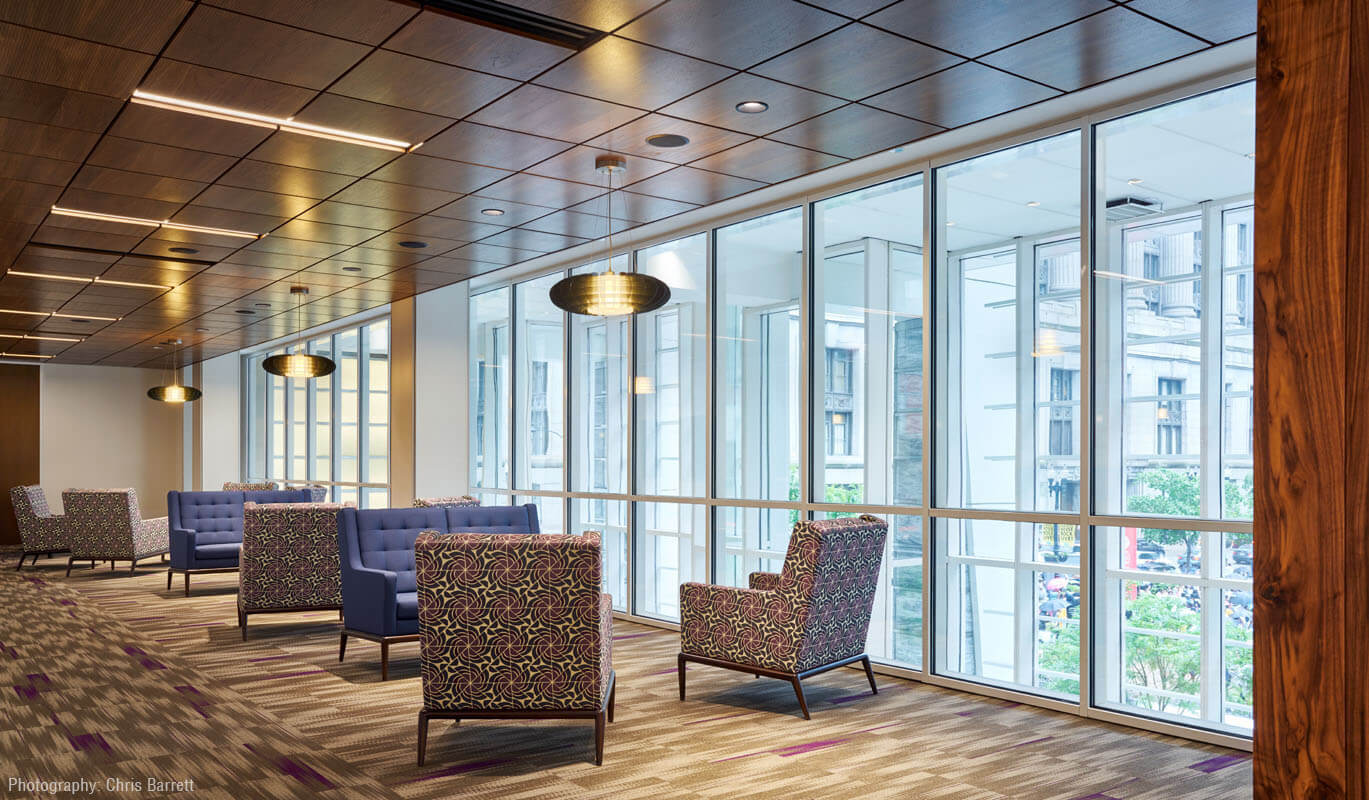 When Grant Thornton, LLP, moved its U.S. headquarters to the former Chicago Title & Trust Center in 2015, “its lease was saddled with a very dark, almost unusable area on their most important floor,” said Ken Novak, NCIDQ, Associate, Stantec Architecture.

The second floor of the now-named Grant Thornton Tower in Chicago’s Loop, would be the “town square” for the world’s sixth largest accounting firm. The space, which the firm hoped to use as a gathering place for employees and clients, had no access to daylight. It was essentially a long, dark corridor. Stantec’s design vision was to open up a gypsum covered, fire-resistive wall to allow copious light into the space, as well as provide visibility to the lobby below and out to the Thompson Center and City Hall across the street.

Introducing daylight, though, was “problematic due to the codes regarding separation of the lobby from the tenant space,” explained Novak. The architects had “given up on the idea of daylight flooding the space,” until they found their solution with Fireframes® Curtainwall Series frames and Pilkington Pyrostop® fire-resistive-rated glass from Technical Glass Products (TGP). “The system provided the fire rating needed, with an all-glass look,” said Sean McEneaney, President, Glass Concepts, LLC, the glazier for the project, who has used the TGP solution in several Chicago-area projects.

The project team replaced an 84-foot (25.6 m) long drywall partition with approximately 821 square feet (76.3 m2 ) of two-hour fire-resistive curtain wall frames and glass. By changing an opaque wall into a clear one, the result is a welcoming, light-filled space that is “very popular and one of the showstoppers in the building,” notes Novak. “The TGP system allows design ideas such as ours to become reality.”

In addition to the fire-rated system’s look and performance, Novak explained that working with TGP helped streamline the project in several ways. First, because the system has been used in other Chicago projects, “that goes a long way to getting city hall to sign off.” Second, one of the challenges with converting the drywall partition to glazing was the need to accomplish the work 20 feet (6 m) above an active office building lobby. “By working with Leopardo (general contractor), Glass Concepts and TGP, we came up with an innovative solution to install the system backwards, so all of the work could be done on the second floor instead of working in lifts for months and months on overtime at great expense.”

Fireframes Curtainwall Series frames are available with fire ratings up to 120 minutes, and feature narrow profiles to reduce sightlines. The UL classified and labeled steel frames enable large expanses of glass in interior and exterior applications. Also available with up to 120 minute fire ratings, Pilkington Pyrostop glazing is impact safety rated (CPSC 16CFR1201 Category I and/or Category II) and blocks the transfer of radiant and conductive heat.

The purposeful building and design approach has paid off. The LEED Gold certified building not only benefits from a strong street presence, but also creates an inviting atmosphere for employees and clients. The building was even awarded, “Crain’s Chicago Business, Chicago’s Best Places to Work (2016)”.