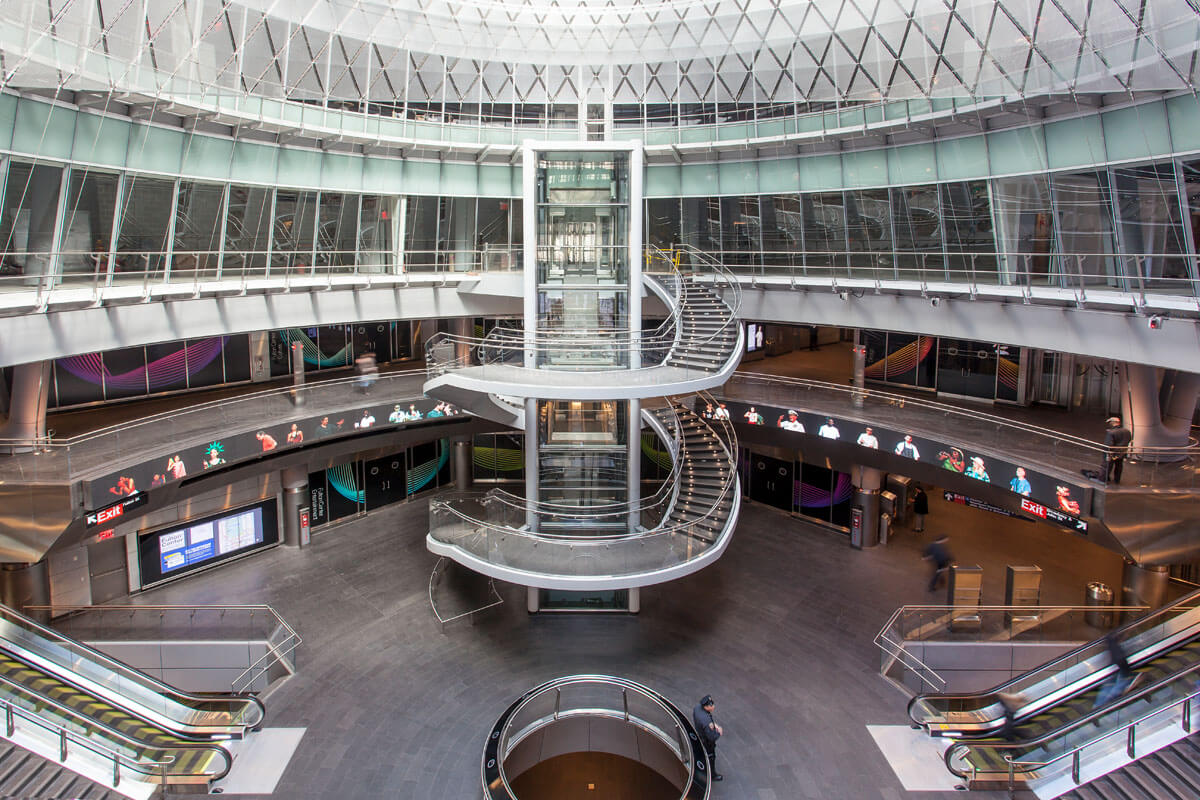 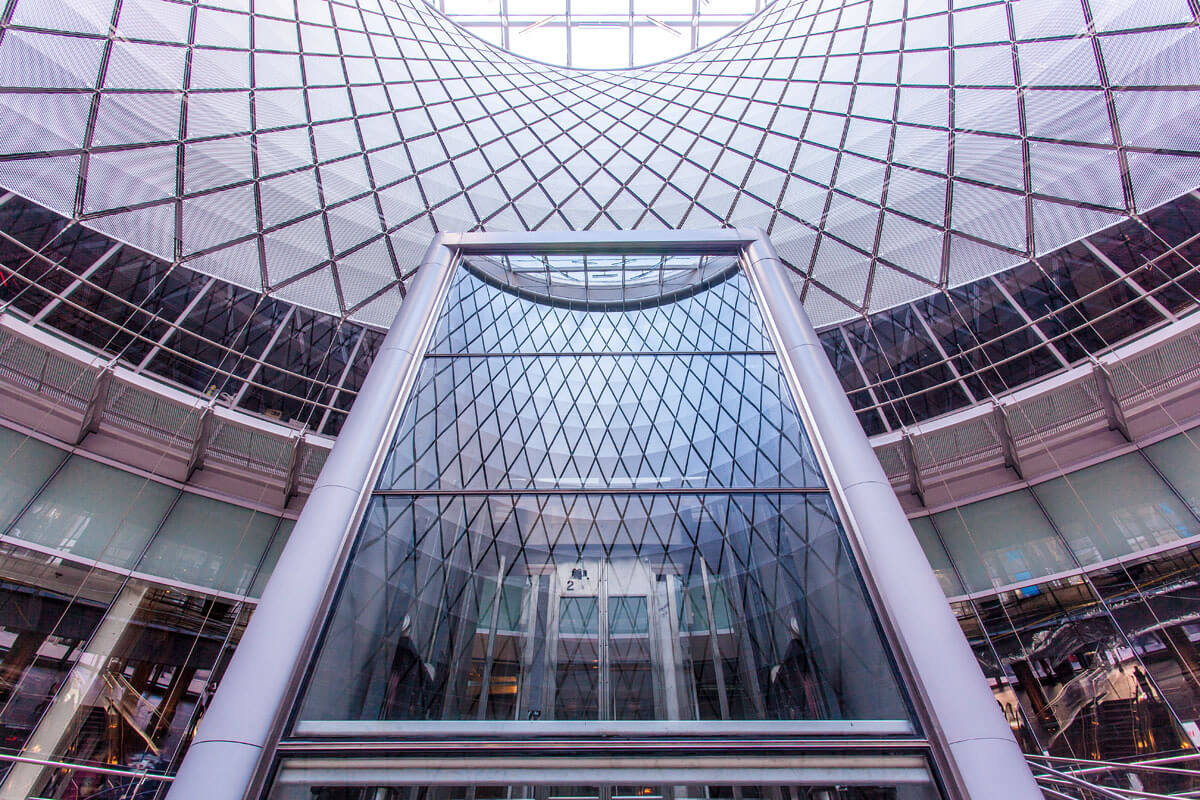 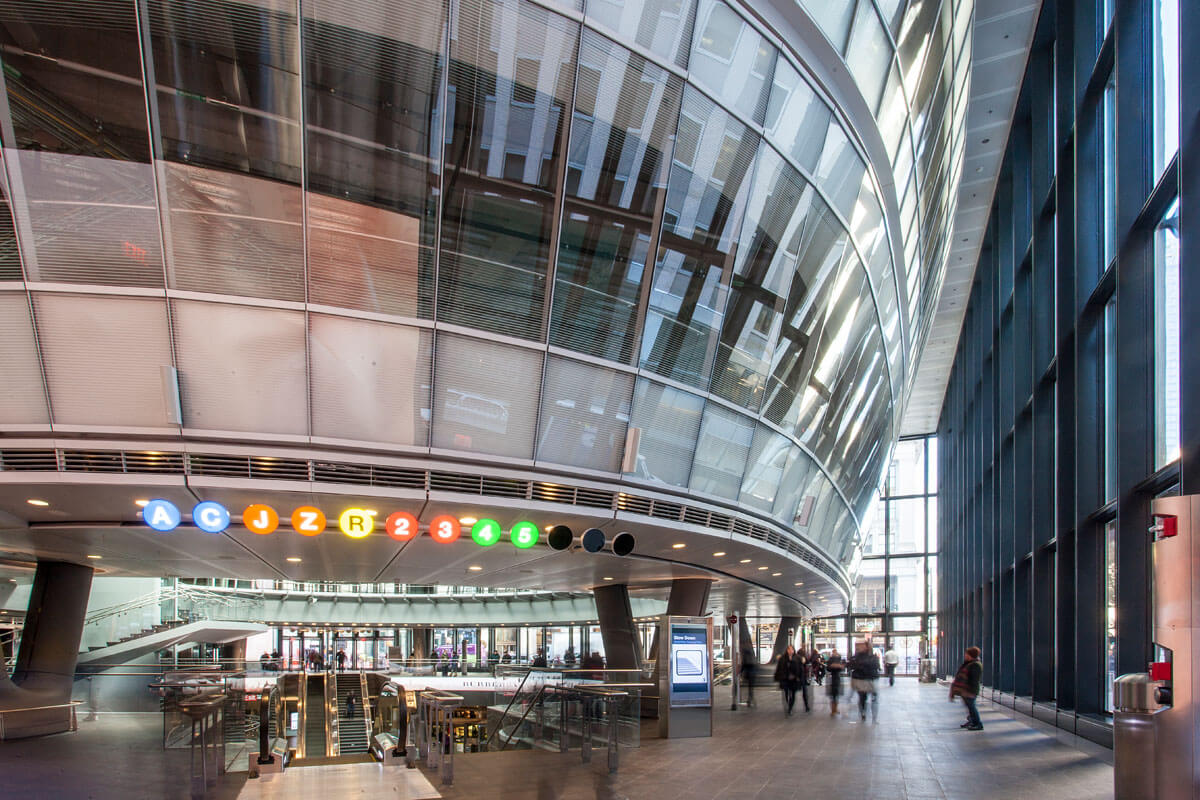 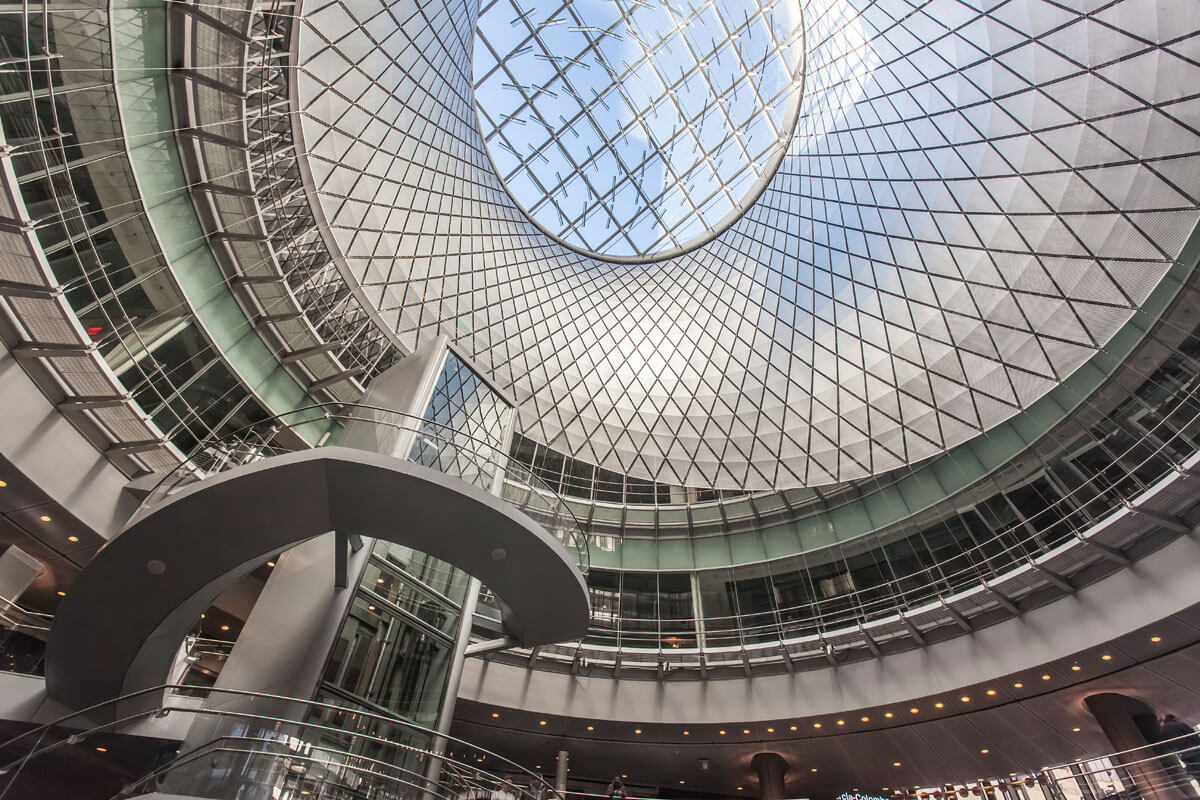 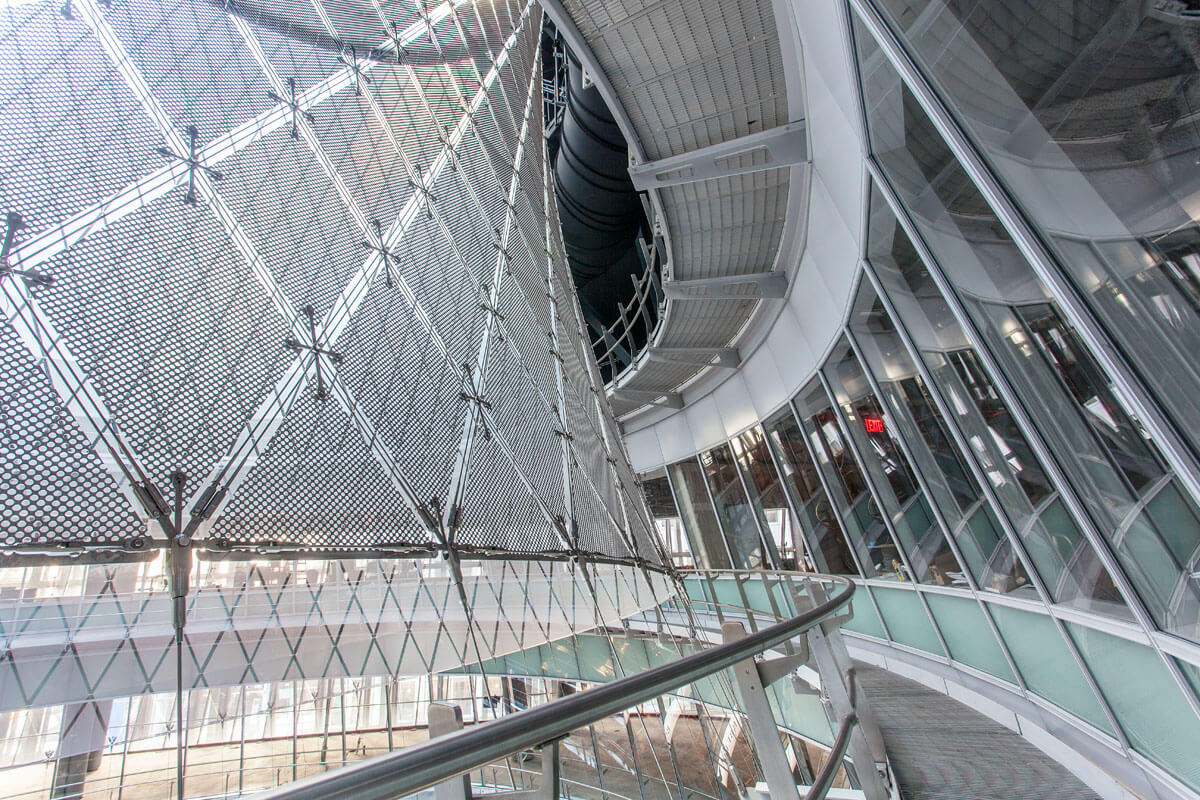 When New York City was planning one of the first subways in the U.S. in the 1800s, a very real challenge was convincing people that going underground would be safe and pleasant. If those subterranean-fearing Victorian era Gothamites could see Manhattan’s Fulton Center transit hub opened in late 2014, they would be amazed at the light-filled, wide open space. In describing the Fulton Center, commuter Dave Palmieri told the New York Daily News, “The light pouring in is just incredible. It’s a real modern gem. Spatially, it’s like Grand Central.”

A defining visual feature of the Fulton Center is a 53 ft. (16 m) diameter glass oculus (Latin for “eye”) that streams light into a grand atrium. Beneath the oculus is the “Sky Reflector Net,” an artwork by James Carpenter Design Associates, Grimshaw Architects and Arup with 952 perforated aluminum panels that transmit sunlight 110 ft. (34 m) down into the Fulton Center’s lowest levels.

Within the grand atrium is a two-level circular enclosed space that will house restaurants and retail. Matching the curve of the oculus, some members of the project team affectionately call this space the “doughnut.” To keep with the light-filled aesthetic of the rest of the Fulton Center, the designers wanted this space to be glazed to allow in light from the oculus and Sky Reflector Net.

Designing and installing the glazed curtain walls for the doughnut required overcoming several complexities. In addition to its curved form, the doughnut’s walls also slant upward to match the angle of the oculus, which creates an inverted plane. To successfully achieve this design, Technical Glass Products (TGP) worked with the project team to develop custom captured horizontal steel mullions that fit the distinctive shape, for a flush and plumb surface appearance, with adequate spacing between each curtain wall segment.

To create matching curtain walls in the Fulton Center, TGP used steel framing members. Steel frames can be formed from tubes, instead of sheets, and shaped in an extrusion-like process that allows for a wide range of narrow mullion profiles. Because the same manufacturing method can be applied to fire-rated frames using steel back members, it was possible for the fire-rated curtain wall (Fireframes® Curtainwall Series frames) to match the slender frame profiles of the non-rated system (SteelBuilt Curtainwall® System).

This project also had the logistical challenge of delivering materials at the right time and in the right way to the crowded Lower Manhattan building site that has experienced vast redevelopment following the September 11, 2001, terrorist attacks. Tight coordination between TGP and the project team partners was crucial for successful curtain wall completions.