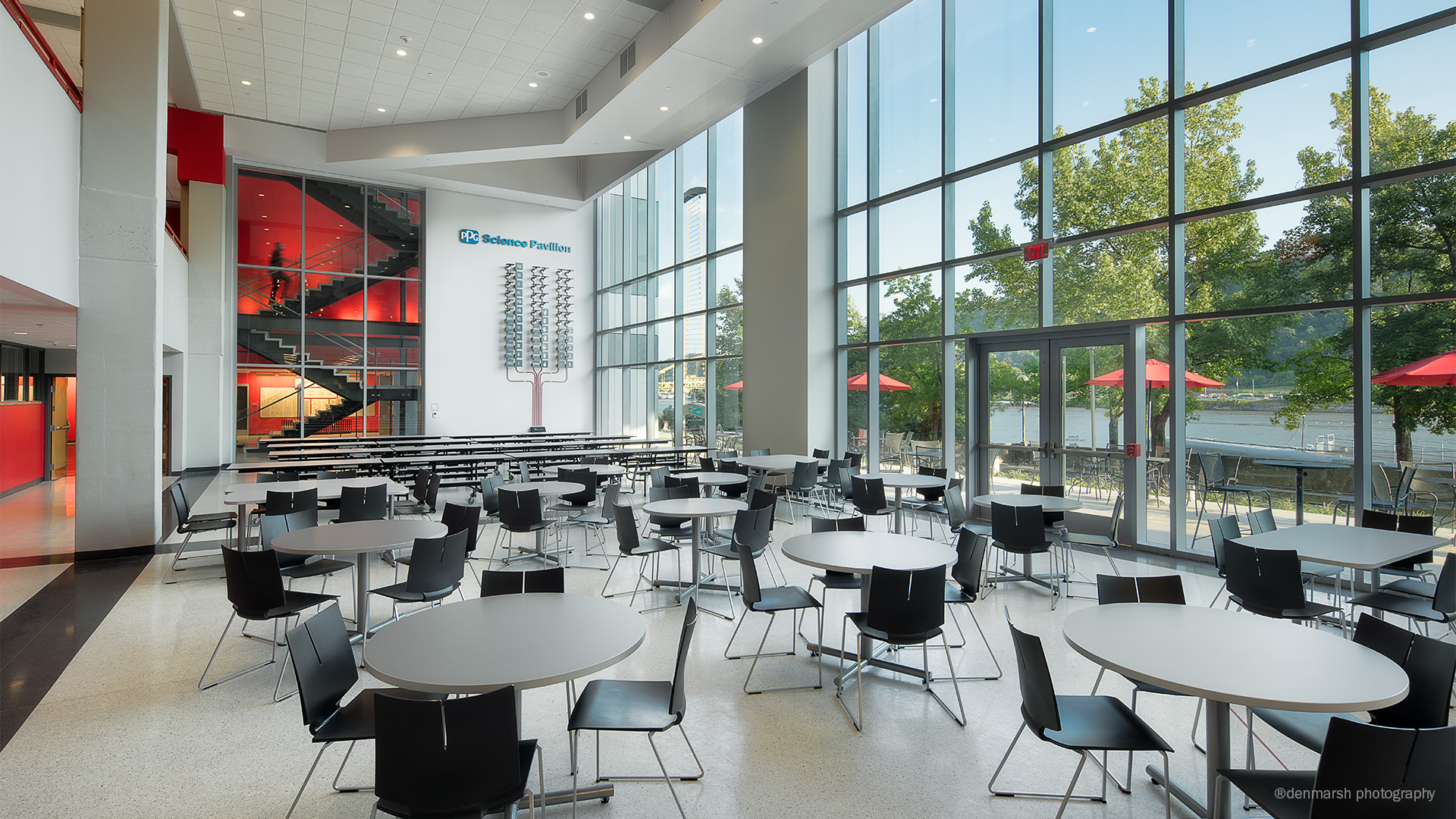 Carnegie Science Center’s new PPG Science Pavilion is putting Pittsburgh on the map as a destination for budding scientists, technologists, engineers and mathematicians. The wing adds 48,000 square feet for exhibit space, enabling the Science Center to host world-class touring exhibitions that are already capturing the imaginations of visitors from around the globe.

As part of the renovation, the Science Center also tasked Indovina Associates Architects with incorporating classrooms and a rental space for private events into the design plan, along with a revamp of the Science Center’s River View Café. One upgrade that really made a statement was the addition of a grand staircase, which Indovina Associates Architects used to eliminate ramping that ran through the café, while connecting the multi-level building.

In designing this modern stairwell, the architecture firm ran into a roadblock. "When we realized that we were able to move forward with the top floor rental hall above the exhibit levels, the staircase needed to become a true means of egress," Martin Busser, Principal at Indovina Associates Architects, explained. "In order to become a true means of egress, the original building needed to be able to be separated from the new addition, as required by building codes."

To meet these fire- and life-safety requirements, Indovina Associates Architects chose Fireframes® Curtainwall Series with Pilkington Pyrostop® fire-resistive-rated glass by Technical Glass Products for the stairwell’s interior wall. Should flames engulf the café and surrounding ground level, patrons can still safely exit the building, protected by a 23-foot fire-rated system for up to 60 minutes. Equally important, the freestanding curtain wall is fire-resistive, meaning it can block the transfer of radiant and conductive heat, while shielding Carnegie Science Center visitors and staff from smoke and fire.

Along with providing fire-resistance, the curtain wall is visually stunning. "We wanted the wall to appear to be open-air once we realized we could make form and functionality work with the system," Busser continued. The curtain wall’s minimal profiles work to achieve this sense of openness, as does the absence of tie-backs for structural support.

The massive, monolithic wall is also a testament to the power of steel and its ability to support large expanses of glass. In Busser’s words, "We wanted glass lites as large as possible, and the curtain wall did exactly what we needed it to do."

Not only does the glass aesthetic allow those on the staircase to catch a glimpse of the Ohio River and bustling waterfront through the café’s non-rated façade, but it also complements the look of the adjacent curtain wall. The result is a more unified interior, as the non-rated and fire-rated systems harmonize.

The PPG Science Pavilion expansion has solidified the Carnegie Science Center as a must-visit museum. As 10-year-old Hannah Reynolds so aptly put it in an article by the Pittsburgh Post-Gazette, "Science is much cooler now."