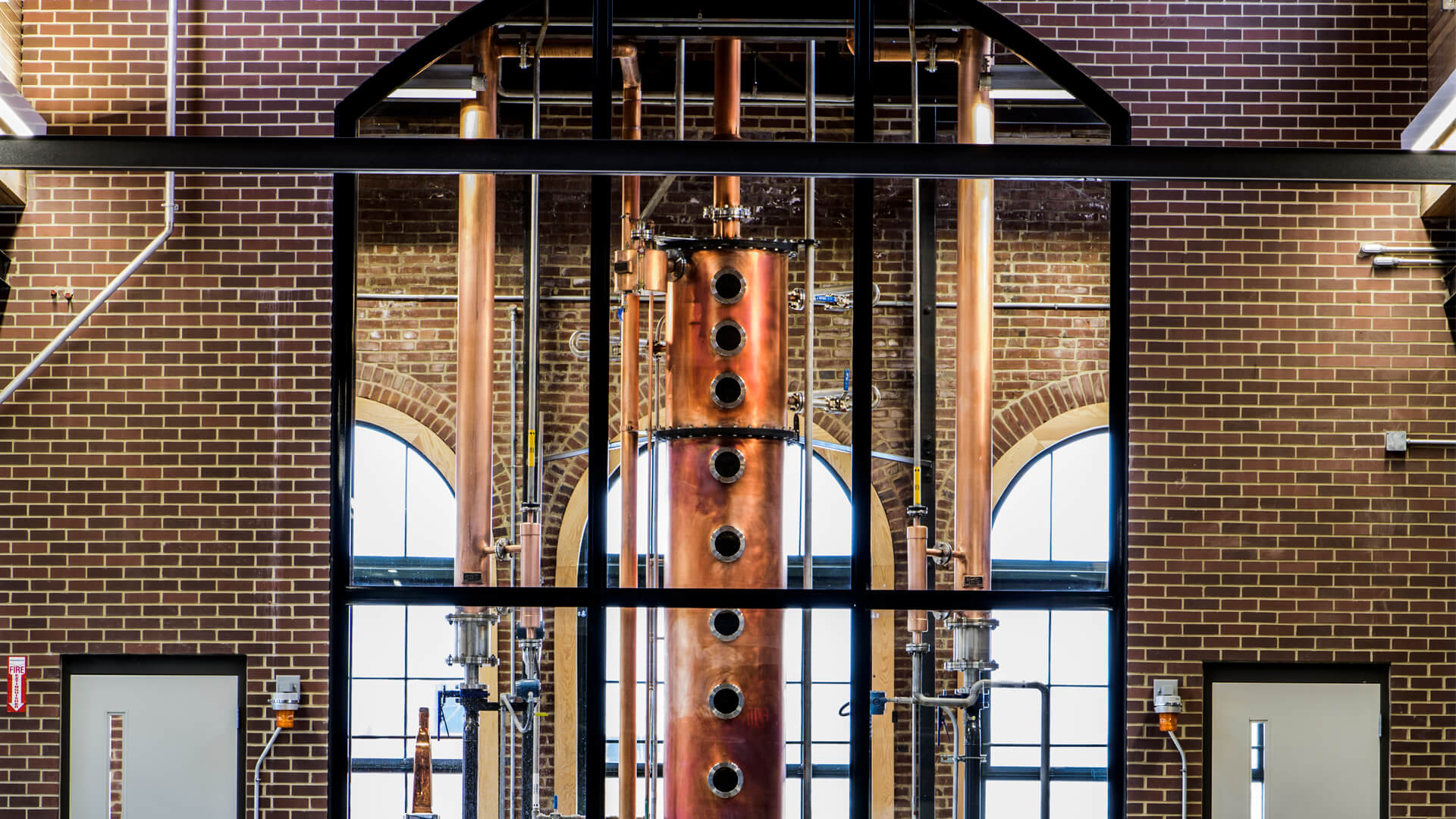 A beautifully renovated distillery lined with heavy timber, custom millwork and expansive glazing now stands out in the historic downtown of Louisville, Kentucky. Bourbon lovers from all across the nation can stop at the operational urban Angel’s Envy Distillery along the popular Kentucky Bourbon Trail® to get a taste of their famous Angel’s Envy drink. As an added benefit, fans can see first-hand the production process behind the beloved beverage and learn about its rich family history.

THE HISTORY BEHIND THE RENOVATION

The story starts with a man named Lincoln Henderson. Henderson was a craftsman who worked at Brown-Forman on multiple spirit and wine brands. During his career, he took notes on different bourbon recipes and eventually went on to create Angel’s Envy, his first and only independent project.

Years later, Henderson and his son recognized the Angel’s Envy drink as an opportunity to form the foundation of a lasting family business. In 2013, three generations of Hendersons came together to transform the building Henderson once spent a lifetime working in into a standout distillery.

BRINGING THE BUILDING INTO THE MODERN AGE

To preserve the 19th century building’s historic character while creating a behind-the-scenes look at the production process, Joseph + Joseph Architects opened up the wall between the fermentation and distillery rooms. With strict fire-rated criteria in place for the renovation, a challenge was finding a code-compliant glazing product that was able to match the non-rated glass used throughout the building. The fire-rated framing system also needed to be strong enough to create a soaring glazed application to fully showcase the distillery’s stunning copper steel production line.

Pilkington Pyrostop fire-rated glass works in tandem with the fire-rated frames to add safety and style in the distillery. It is a multi-laminate comprised of layers of nearly colorless, wireless, low-iron float glass and clear intumescent interlayers. This makeup allows it to protect against the transfer of radiant and conductive heat while maintaining purity of view—both key factors for a prominent area of the distillery’s guided tours. “The assembly was designed to not only bring the building up to code, but also to create a dramatic wall with a large glass area,” said Jeff Spielberg, Vice President of Kentucky Mirror + Plate Glass, the glazier on the project. “It’s a really pretty glass wall. The glass on the interior feature really makes the space.”